Check out the first 4 Facebook Check-in Deals in Australia

Facebook Check-in Deals has finally launched in Australia, after it was first launched in November 2010. Here’s a look at the the first four Australian businesses to jump on board.

Hats off to 7-Eleven Australia for launching Facebook Check-in deals in Australia with an individual deal that should resonate well with its customers. They are offering a bottle of coke for $1 for every check-in and have done a great job with communicating the offer on their Facebook Check-in Deals page. The only thing letting them down is that they aren’t using their Facebook page assets to promote the deal well, all the details are hidden in the Check-in tab.

At first glance you might think that Commonwealth Bank are leading with the best of all the deals by offering a years worth of free movie vouchers when you check-in and open a new Everyday Account. That’s right, this is an acquisition campaign and checking-in is only the first part of a long winded process to claim your movie tickets.

I’m not seeing the point of adding a Facebook check-in to an already cumbersome process. It’s just another hoop to jump through and a barrier to entry. But then again banks aren’t exactly about driving more foot traffic into their branches having invested heavily in migrating their customers away from branches & towards ATMs, web & phone banking. It just seems like a mismatch in tactic vs brand to me. From the comments on their Facebook wall it looks like it has gained them a few new customers already so I guess its working…I just wonder if they’ll remain happy long-term customers after the 2 month wait to get their first two monthly movie tickets.

Their Facebook Deals tab execution is similarly uninspiring and predictably text heavy with more fine-print than anything else on the page. In my view the key to social mobile engagement is keeping things simple, and from that point of view this is an example of what not to do.

KFC’s announcement of their check-in deal on their Australian Facebook page has received a mixed response from its fan base. While the deal of a large Krusher drink & regular chips for $4.95 has received 109 likes, the 63 odd comments tell a different story. Folks are calling out for a deal that includes chicken, claiming they can get better value at competitors, and complaining if they don’t own a smartphone they can’t access the deal. There is still a healthy volume of KFC love amongst the whiners, and the regular customers appreciate the deal represents a discount of about 25%. What KFC are doing better than the rest is using their Facebook real-estate to promote their Check-in deal. Their Facebook profile picture is all about the Check-in deals, and even their welcome page is highlighting the main feature of the deal – Krushers.

Westfield have got the simplicity of the offer right with 30% of all full priced jewelry at Angus & Coote, and next week’s offer is similarly 30% off from Cotton On. While the deals are intended to be available nationally, it doesn’t appear that they have implemented it at my two local Westfield’s being Eastgardens & Bondi Junction. They are at least doing a decent job of promoting it on their Facebook Welcome page, though if they are doing a national deal how hard would it be to have a deals page to showcase the offer?

I’ll be watching with interest to see which retailers will offer deals via Westfield check-ins, and those who choose to offer check-in deals via their own brand retail outlets. Angus & Coote don’t have their own Facebook page so it makes sense for them but what will the likes of Jeanswest do? Do they have more to gain in terms of viral visibility by enticing their customers to check-in with them? Or will they reap the rewards of potential foot traffic growth from the larger volume of people checking in at their local Westfield’s?

The opening round goes to 7-Eleven in my mind. Long term I believe the real winners of Facebook Check-in Deals will be your smaller local businesses. Those that will never have 20,000+ fans and will always struggle to get into the news feeds of their audiences. If they can offer compelling deals they stand to gain the most from the viral visibility that check-ins at Facebook Places offer.

Have you spotted any other brands in Australia doing Facebook Check-in deals? Please let us know, we’d love to check-out how they are utilising the check-in too! 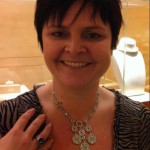