What does it take for content to go Viral?

Social Media Madness: What Does it Take for Content to Go Viral?

The term “viral” has a new meaning in our modern technological world. Once negatively defined as something associated with a virus or disease, it now refers to the more pleasant aspect of your content spreading so quickly that it is contagious.

With a few exceptions of humor associated with others’ misfortune, the vast majority of sharing that spreads rapidly is through material centered around positive emotions. Other popular content that gains a great deal of attention online is either surprising, practical or interesting in some way. According to a study of over 100 million articles, only 1% of those that evoked feelings of sadness ever reached a viral level.

The More the Merrier

Even though some studies show that goldfish have longer attention spans that most Americans, this infographic states that articles containing between three and ten thousand words are given the most attention while those under a thousand receive less. Given this contradiction, it is recommended that you experiment with your word count and stay somewhere in the two thousand range.

A Picture is Worth a Thousand Words

In order to fully maximize on readability, nothing grabs more attention than the addition of visual materials. Often the term viral is followed by the word video, and they are widely popular online. Infographics, images, photos and other visual media are grabbing more attention on the internet than mere text alone.

Having at least one image accompany your written work leads to it being shared on Facebook and Twitter twice as often as those without. Adding a specific thumbnail will gain three times the shares.

The old phrase, what makes people tick has been replaced with the question of what makes them click. Just like our old fashioned newspapers, a catchy headline is important.

The use of numbers and statistics will also get your readers clicking as will adjectives like “unbelievable” and “amazing”.  Phases like “never before seen” and “caught on tape” are eye catching. Top ten lists and queries like “what would you do” are also favorites. Using words like “never” or “always” are more effective than “sometimes” or “likely”.

People are more likely to share things that they believe come from a trusted and genuine source. Don’t be afraid to add a byline that clearly identifies you as the author and expert on the subject. A short bio at the end of your piece is also a nice touch.

Once writing was a male-dominated profession and many female authors would use their initials rather than their first name, like J.K. Rowlings for example. But a study by the New York Times found that women are considered more trustworthy and their materials are more likely to go viral.

Along with your share worthy content, being in the right place at the right time is also important. For example, Monday is a more popular day on Pinterest and LinkedIn while Tuesday works best for Facebook, Google+ and Twitter.
If something doesn’t take off the first time it is posted, it doesn’t necessarily mean that it won’t run rampant at another time. Content that was published twelve weeks after it’s initial posting can significantly increase sharing.
Now you have an excellent strategy for your materials to ignite and spread like wildfire on the internet. 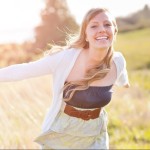