What a cracking couple of weeks it’s been. As our big projects kick off, we’ve added another team member to help us realise our goals. Welcome Rebecca Guest, Strategic Planner. I’ve had the pleasure of working with Bec previously (twice in fact!) and with her client centric and thoroughly organised nature, I’m personally really excited about where I can see our business heading.

We’ve been busily preparing for ADMA’s Digital Education Courses too. Get yourselves adequately up to speed with the plethora of courses available. Book now as spaces fill up pretty quickly!

Are you doing the Harlem Shake?

It’s all about shaking at the moment, more specifically the ‘Harlem Shake.’ If you have zero idea what I’m on about, then check out the original shake-stirrer. This meme has pretty much sent everyone into a mad hurry to do their own version. Some of our favourites include the Coast Guard, the UGA Men’s Swim & Dive team and an Army! We did think perhaps Zuni could try one, it was a short lived consideration. BMF’s reminded us why it was a good idea to leave it alone.

The brief was to get young people engaged and interested in the endangered Polar Bear and its Arctic environment. The solution? An app from Coca Cola that gets users to start virtual snowball fights. A message regarding Polar Bears and their habitat is displayed on screen before each battle begins. Results show a 20% rise in Coke sales at 7-Eleven locations, in turn raising $1.7m for Arctic conservation.

Topshop has brought Google on board in order to use its social presence for the brand’s looming fashion show. The idea is to give fans unprecedented access to every aspect of the event via ‘Model Cam’ – essentially a real-time micro camera worn by a model that enables viewers to see what she sees as she struts her stuff. All of this activity will be supported by a red carpet hangout streamed live on Google+ and YouTube. However, there’s an alternative opinion that livestreaming is ruining the runway shows. What do you think?

Ever skipped a workout? Well this app is about to change your world. Charalampos (from Building Internet of Things) has come up with the brilliant idea to up the pressure on those keen to keep fit. Basically it is a rather clever hack that uses a FitBit tracker and a Belkin WeMo to cut off power to any plugged-in device if the wearer doesn’t reach their fitness goal. Sound like your kind of hack? Read the blog and learn how to do it yourself!

The Big Boss Brewing Company needed people to taste their beer. Solution? Beercade, a retro-style arcade game where winners get brew dispensed into their cup, straight from the arcade machine itself. The old style machines have been adapted with drip trays, cup-holders and sensors (as well as beer). The game itself is simple: five characters, all themed around the Big Boss Brewing labels, who fight over 3 rounds (including ‘signature moves’ such as unicorn horn impaling). The best of three wins, and a sample of beer is automatically dispensed via the Beercade taps. It’s a shame there’s only 1 of them (so far).

Building a house in Australia is considered a huge financial undertaking, so we can only imagine that this seems like an impossible feat in countries living well below the poverty line. One Brazilian is trying to fight this problem by designing places that are recyclable and more importantly, financially realistic. The latest development in her crusade are homes made from plastic bottles filled with dirt. Watch Garbage Homes and check out her noble mission.

McDonald’s has decided it’s time to impress the French with localised burgers – enter the McCamembert. McDonald’s is making major efforts all over the place to adapt to local tastes with talk of its very first vegetarian restaurant in India – but it doesn’t stop there! Japan now has its very own Mega Teriyaki, The Middle East has the McArabia (a grilled chicken sandwich served on a flatbread) and Thailand has jasmine rice patties.On a side note, a French review has surfaced stating the McCamembert as a disappointment and SHOCK HORROR you could confuse it for Brie! 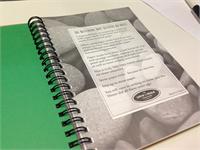