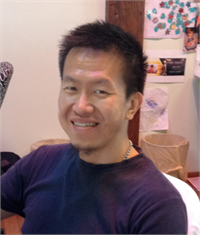 It’s a great time to be at Zuni. Michael, our new strategist has just started, (yep, that’s him in the pic), and Jacki has returned from maternity leave (which I’m sure is not to Emily’s liking).

Mike has written an interesting blog on the digital forecasts for 2013, where he talks about how consumers can use their own “big data” from brands to add value to their lives. This aligns with the Econsultancy Pharma predictions for the year too. In fact, recently published data from Pew Internet found 21% of US adults who track their own or loved one’s health do so using technology. There’s a huge opportunity here waiting to be tapped and I’m keen to see who paves the way for us all to benefit. Whoever takes on disease management for Diabetes, can I beg to be involved please!

If you’re still looking for more trends in 2013, try this list of 8 technology trends to satisfy your appetite.

The idea of connecting patients and doctors remotely is not new.12 months ago I reported on the use of Robots monitoring patients’ recovery at home. Now this technology is being employed in-house – within hospitals. The RP Vita telepresence robot enables doctors to monitor and attend to patients in a different part of the hospital! Even more impressive to me is that it’s controlled through an iPad app. Whilst I’m sure it saves time (and ultimately lives), it certainly removes an element of personalisation within hospital care. Also doesn’t really allow much “can you feel that bump?” sort of consultation either.

Bringing the Newspaper Back

Now that’s a headline I didn’t think I’d write. The dying art of reading a broadsheet (or tabloid) has been reinvigorated in Japan’s The Tokyo Shimbun (newspaper) with the creation of an AR reader app for kids. The AR reader app turns adult stories in the paper into children’s versions. So now you don’t just hand out the comics section, kids can actually find the economy, politics and social issues interesting and easy to digest. In addition, both adults and children can enjoy a newspaper together. Well done Dentsu Tokyo on securing future readers.

Something quite close to my heart. I have a homeless guy on our street at work who I have helped several times over the last 2 years. I’m constantly looking for ways in which I can help – and they are limited. It’s nice to see a band of European countries coming together for Days of Hope – where real homeless people are invited to a TV studio to present the weather. The homeless person allows the audience to take a closer look at the impact the weather has on their daily lives, raising awareness of the homeless and making a request for donations to the charity. To help a little closer to home, contact Mission Australia.

Pen alerts you to spelling mistakes

I realise that there will come a time when we don’t need to handwrite any longer, and I personally dread that day. I’m quite a stationery junkie so pens and paper are totally up my alley. We all face the frustrating “auto-correct” feature embedded in our technology, but what about a pen that vibrates when you make a spelling mistake? Lernstift from Austria has now introduced said pen, including correction of spelling, legibility and grammar. I find that fascinating and I believe teachers would embrace this.

This is a top innovation. Put simply, cutely named, Cheers are LED ice cubes that tell you when you’ve had enough to drink. The ice cubes not only measure your alcohol content, but also how fast and how much you’re drinking. Starting off green when you begin drinking; over time they change color to orange and finally red as you’ve surpassed the safety limit. Ultimately, the cubes send a text for help to a designated friend via the user’s smartphone. I think this is a wonderful innovation that could actually save lives, add peer pressure from friends to hand over the car keys and also make it much easier for establishments to administer RSA. 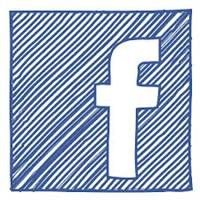 The tumultuous world of Facebook is always a-changing! A few things that have happened in very recent weeks:

QR codes are definitely nothing new – but in my experience examples of them actually being useful are few and far between. Here is something that may actually HELP consumsers in real situations.

QR codes have been embedded into the traditional mosaic sidewalks of Rio De Janeiro, to help tourists learn more about the city. The codes are made up of black and white tiles, and when scanned with a smartphone app, they provide information in Portuguese, Spanish or English, along with a map of the local area. Cool huh? Although my favourite example still remains the Drink a Guinness & Reveal we featured in a previous Best Of Me, this application of QR codes may knock it from the top stop!