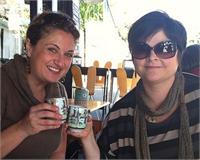 It’s been frantic to say the least – poor Jacki has been off sick for 2 weeks and has been wiped off her feet; Mike’s off to the UK & Fiji (but not all pleasure) for 2 weeks and my husband managed to write off our car (a rare Premacy wink wink). Not much time to unwind in this busy life – and plenty more heading our way in July. At least we made some time to get to Miss Chu for dumplings! Try and navigate your way through the digital landscape with this week’s catch up.

The concept from Mountain Drew is actually really great – to raise awareness of the brand in NZ, they built this pretty awesome skate park, which looks just like a pinball machine. The let down though is that it’s very tactical – the park was open for just 3 weeks, which seems like an enormous amount of effort for a short lived campaign – though additional assets were created and certainly caught the attention o/s. The sales lift seems to have had the desired impact, but I wonder for how long?

I’m not much of a photographer, and with all these apps in market you really don’t have to be to get great shots. So enter the Stilla app, a 3D photography app which uses the iPhone’s gyroscope to know exactly where it is when you snap a series of photos. These are then combined into a single photo via it’s own magic and delivers you a pretty awesome pic. Check out the video or download it now.

Can’t seem to go a single edition without reporting on something Facebook – and this week’s highlight is the change to your email address. You may not have noticed it just yet, but others have – they’ve changed your listed email address to a Facebook one. You do have the option to switch it back though, and if you’re one of those infected ones then grab your instructions. You can also get a bunch of tips to make your FB ads work harder for you, or get up to speed with a great case study on how to use Timeline, from The Hunger Games.

It’s been 5 years since the iPhone was launched. Whilst many will enjoy blowing out candles to celebrate, others will be commiserating. The impact of the iPhone is evident wherever you go. Will Google’s challenge of new products have the same impact? Look at Project Glass (you can pre-order these cool glasses), the Nexus 7 Tablet (billed as the Kindle Killer @ $200) and don’t forget Google TV coming to your lounge room soon. There’s plenty to be excited about in digital. Have a laugh at some of these Chrome Experiments in the meantime (using HTML5).

Get a better seat at the footy

How many times do you go to an event and see a bunch of empty seats in a better position than yours – and you want to swap! Finally, there’s an app that lets you do just that – make a simple & convenient payment to upgrade your seats and you’re in! The app shows you the map of the venue, the available seats, facilitates the payment there’s nothing more to do. If we start with sports games, imagine we move this into the concert arena – no more wasted VIP seats!

Bullying – Lots of It

Yes, you’re aware that Zuni is working on youth campaigns with YAW-CRC, so it’s pretty natural that I’m always looking at digital respect / anti-bullying activity. The first one, earphone bully, is quite a realistic rendition of today’s bullying, however the execution lost me when I wasn’t engaged in the first 5 seconds (I’m afraid the target audience was switching tabs much earlier than I). Then there’s the Australian Human Rights Commission’s Back Me Up Campaign. I’m a big Ruby Rose fan after meeting her, but I do wonder what % of the target audience is going to create content – which is traditionally a small proportion of people (which is fine if the campaign then disseminates this content). Back Me Up is a strong message and I hope the impact is there.

Sounds a bit lame I think, but I LOVE this idea. This smart container lets homeowners know if supplies are low or if the milk is turning. At the moment it sends an SMS reminding you to pick up milk on your way home, now link that to your milkman order and problems are solved without any effort. Now that’s innovation!

Super cute extension from Nicabate with this interactive online banner. The catchy tune is enough to rope me in initially (and I do love their TVC), but the clever part here is to capitalise on the gaming nature of Aussies in the banner environment. I’m no guitar hero and I’m not a smoker, but the game was quite a lot of fun – and for a smoker would be very rewarding. Well done Nicabate. Long live interesting banners.